It was about a year ago that Real Madrid came to Camp Nou, the arena where Mourinho had celebrated so many victories. Now, where to be challenged and looked lik it would be an even game, when you only saw to the figures. And it was an even game, up to the point where Xavi scored 1 – 0 which was after about ten minutes. Then Barca kept scoring and when Jeffren nailed 5 – 0, Real’s humiliation was devastatingly complete.

Now, six (!) meetings later, the conditions are somewhat different. Real points more than Barca and also a game less played. Real has not played this well ever in modern times. They usually score three or more goals per game. 12 wins, one draw and one loss is an incredible record. Barca on the other hand has not looked this weak in a long time: ten victories, four ties and one loss.

So has Barca got the stellar chills?

If we go back in time a couple of months we find a Barca that keeps expanding it’s imperium. Two huge signings in Cesc Fabregas och Alexis Sanshez, and still it wasn’t sure that any of them would qualify as starting players. It looked as if Barca could jog through the Spanish league – especially after the Super Copa victory. . So what went wrong? The answer: Nothing, Barca has been incredible this year, just not up to the standards we have grown used to.

Real made ​​two major signings before the season, one of the quite controversial. Nobody quite understood what Hamit Altintop was going to do in Real, no one got Mourinho plans for him. He was not very expensive but it’s still a salary to pay, and who wants to pay a player who hasn’t played any games? The second recruitment was Nuri Sahin and he was predicted to make it into the starting troup directly. One of the Bundesliga’s best players, with world-class passes. 23 years old he came to Real as the biggest leap in his career. He has played two games, one a guest appearance in a 8-2 win and the other in a meaningless Champions League game. Whatever Mourinho plans where before the season, it  has gone well.

This is the ninth time Josep Guardiola meets Mourinho as competing coaches. Guardiolaha has won three games, four have ended in a draw, and Mourinho has won two (one with Inter). It is, as usual, uncertain before the game. It may end up any way, but something you should have in mind is that Barca has never lost the possession of the ball with Guardiola as coach.

My tip: 1 – 1. Mourinho has learned that you can’t attack against Barca so Barcelona will probably control the game as usual. This will result in a quick passing game and in the end Fabregas will score. Real will march up a bit more in the second half and after a free kick from Xabi Alonso, Christiano Ronaldo will nail the final result. 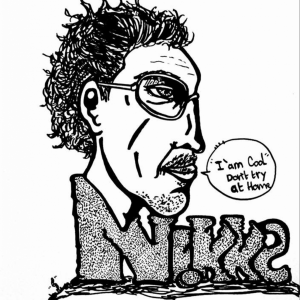